You are here: Home / Uncategorized / What’s It Means To Be Liberal 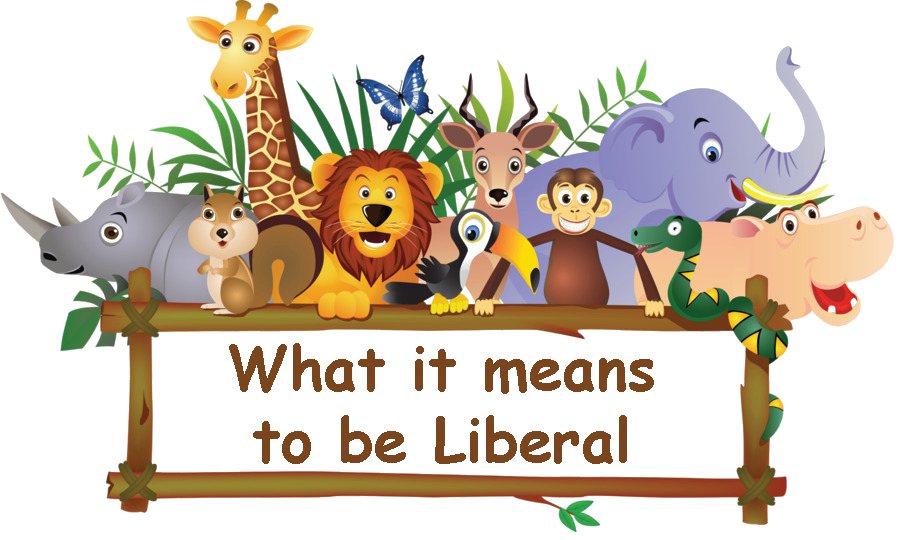 The following article, written by Lori Gallagher Witt, was sent to Ron Howard. On January 24, 2020, Ron forwarded it to Jim Pickerell, who in turn sent it to me. I think it’s worth sharing. Although I agree wholeheartedly, you may not agree with every point, but it offers a lot of good ideas that are certainly worth considering. At the end of the story Ron says to “Copy & paste if you want.” I encourage everyone to copy and paste it to their network of friends.

I’m a liberal, but that doesn’t mean what a lot of you apparently think it does. Let’s break it down, shall we? Because quite frankly, I’m getting a little tired of being told what I believe and what I stand for. Spoiler alert: not every liberal is the same, though the majority of liberals I know think along roughly these same lines:

1 – I believe a country should take care of its weakest members. A country cannot call itself civilized when its children, disabled, sick, and elderly are neglected. PERIOD.

2 – I believe healthcare is a right, not a privilege. Somehow that’s interpreted as “I believe Obamacare is the end-all, be-all.” This is not the case. I’m fully aware that the ACA has problems, that a national healthcare system would require everyone to chip in, and that it’s impossible to create one that is devoid of flaws, but I have yet to hear an argument against it that makes “let people die because they can’t afford healthcare” a better alternative. I believe healthcare should be far cheaper than it is, and that everyone should have access to it. And no, I’m not opposed to paying higher taxes in the name of making that happen.

3. I believe education should be affordable. It doesn’t necessarily have to be free (though it works in other countries so I’m mystified as to why it can’t work in the US), but at the end of the day, there is no excuse for students graduating college saddled with five- or six-figure debt.

4. I don’t believe your money should be taken from you and given to people who don’t want to work. I have literally never encountered anyone who believes this. Ever. I just have a massive moral problem with a society where a handful of people can possess the majority of the wealth while there are people literally starving to death, freezing to death, or dying because they can’t afford to go to the doctor. Fair wages, lower housing costs, universal healthcare, affordable education, and the wealthy actually paying their share would go a long way toward alleviating this. Somehow believing that makes me a communist.

5. I don’t throw around “I’m willing to pay higher taxes” lightly. If I’m suggesting something that involves paying more, well, it’s because I’m fine with paying my share as long as it’s actually going to something besides lining corporate pockets or bombing other countries while Americans die without healthcare.

6. I believe companies should be required to pay their employees a decent, livable wage. Somehow this is always interpreted as me wanting burger flippers to be able to afford a penthouse apartment and a Mercedes. What it actually means is that no one should have to work three full-time jobs just to keep their head above water. Restaurant servers should not have to rely on tips, multibillion-dollar companies should not have employees on food stamps, workers shouldn’t have to work themselves into the ground just to barely make ends

7. I am not anti-Christian. I have no desire to stop Christians from being Christians, to close churches, to ban the Bible, to forbid prayer in school, etc. (BTW, prayer in school is NOT illegal; *compulsory* prayer in school is – and should be – illegal). All I ask is that Christians recognize *my* right to live according to *my* beliefs. When I get pissed off that a politician is trying to legislate Scripture into law, I’m not “offended by Christianity” — I’m offended that you’re trying to force me to live by your religion’s rules. You know how you get really upset at the thought of Muslims imposing Sharia law on you? That’s how I feel about Christians trying to impose biblical law on me. Be a Christian. Do your thing. Just don’t force it on me or mine.

8. I don’t believe LGBT people should have more rights than you. I just believe they should have the *same* rights as you.

9. I don’t believe illegal immigrants should come to America and have the world at their feet, especially since THIS ISN’T WHAT THEY DO (spoiler: undocumented immigrants are ineligible for all those programs they’re supposed to be abusing, and if they’re “stealing” your job it’s because your employer is hiring illegally). I believe there are far more humane ways to handle undocumented immigration than our current practices (i.e., detaining children, splitting up families, ending DACA, etc).

10. I don’t believe the government should regulate everything, but since greed is such a driving force in our country, we NEED regulations to prevent cut corners, environmental destruction, tainted food/water, unsafe materials in consumable goods or medical equipment, etc. It’s not that I want the government’s hands in everything — I just don’t trust people trying to make money to ensure that their products/practices/etc. are actually SAFE. Is the government devoid of shadiness? Of course not. But with those regulations in place, consumers have recourse if they’re harmed and companies are liable for medical bills, environmental cleanup, etc. Just kind of seems like common sense when the alternative to government regulation is letting companies bring their bottom line into the equation.

12. I believe the systemic racism and misogyny in our society is much worse than many people think, and desperately needs to be addressed. Which means those with privilege — white, straight, male, economic, etc. — need to start listening, even if you don’t like what you’re hearing, so we can start dismantling everything that’s causing people to be marginalized.

13. I am not interested in coming after your blessed guns, nor is anyone serving in government. What I am interested in is the enforcement of present laws and enacting new, common sense gun regulations. Got another opinion? Put it on your page, not mine.

14. I believe in so-called political correctness. I prefer to think it’s social politeness. If I call you Chuck and you say you prefer to be called Charles I’ll call you Charles. It’s the polite thing to do. Not because everyone is a delicate snowflake, but because as Maya Angelou put it, when we know better, we do better. When someone tells you that a term or phrase is more accurate/less hurtful than the one you’re using, you now know better. So why not do better? How does it hurt you to NOT hurt another person?

15. I believe in funding sustainable energy, including offering education to people currently working in coal or oil so they can change jobs. There are too many sustainable options available for us to continue with coal and oil. Sorry, billionaires. Maybe try investing in something else.

16. I believe that women should not be treated as a separate class of human. They should be paid the same as men who do the same work, should have the same rights as men and should be free from abuse. Why on earth shouldn’t they be?

I think that about covers it. Bottom line is that I’m a liberal because I think we should take care of each other. That doesn’t mean you should work 80 hours a week so your lazy neighbor can get all your money. It just means I don’t believe there is any scenario in which preventable suffering is an acceptable outcome as long as money is saved.

Copy & paste if you want.