You are here: Home / Uncategorized / The Next Level 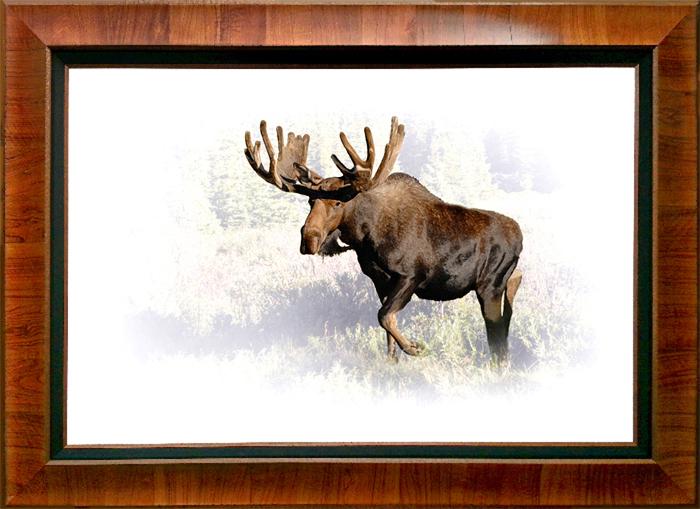 “Out of the Forest”

Most of us take our cameras into the field because we like making photographs. We like sharing them with our friends. We make copies to decorate the walls of our homes and offices. A few of us even find ways to transform these pursuits into a cash flow.

In other words, photography for many of is about making art.

Why then, are we satisfied making only ‘nice’ photographs. With all the smart phone cameras in use today, just about anyone can do that.

It’s time we proceed beyond the basic post processing techniques. It’s time we advance to the next level and begin creating art.

It’s important to understand why we, as photographers, find it so difficult to advance to the next level.I’ve recently been reading “More Than A Rock,” a very inspirational book written by Guy Tal, who also happens to be a landscape photographer.

In it he addresses this very subject. He writes, “When I first picked up a camera, like most photographers, creating works of art was not on my mind. In that sense, photography as a means for art is handicapped. Most who set out to be painters, sculptors, or musicians generally do so with the explicit desire to become artists. Not so for photographers. Many photographers are moved toward art after exhausting what recreational and social values are offered by the medium, and finding themselves in need of further growth. Therefore, many photographers arrive at art’s door lacking a foundation and an attitude that other aspiring artists often have. And the water becomes muddier still as photographers often self-apply the label of art for reasons of prestige and marketing, yet without a true understanding of what it means to be an artist.”

So, what do I tell someone when they ask, “What can I do that will take my photography to the next level?” followed by question number two, “Are you saying that some individuals may not actually consider my photographs as being creative art?”

My first thought is this – How can I give anyone advice when I’m still searching myself? Perhaps, just perhaps, therein lies the answer.

As we search, we come up with ideas; some good, some not so good. We implement those we like; that we believe to be good. Over time, we make improvements and we’re happy . . . for awhile. So we continue our search and the process repeats itself – over and over – but we’re always searching.

More often than not, we have no idea of what we’re looking for in our search. It’s hard to find something when you don’t have a clue of what you want. That’s why, regardless of the medium – sculpture, painting, photography, music, etc. – when creating art, you need a concept.

Concept is, according to Tal, “. . . a thought, an emotion, a respose, or a sensation that the artist experiences and wishes to express in the finished work.” According to him, concepts have no form, color, or other physical characteristics.

He goes on to explain that the creative process is comprised of “six categories – concept, visualization, composition, capture, processing, and presentation,” in that order.

The concept for all of my work comes out of my love for my wild brothers and sisters. Regardless of one’s religious persuasion, we’re all created by the same individual, or force. We’re made from identical elements; and, we share almost identical DNA. Each individual is unique and must be respected, but certainly not feared, or destroyed.

Expandng this concept, I happen to believe that early in the history of Planet Earth, non-verbal communication was common among many life forms, including our wild brothers and sisters, as well as homo sapiens. I also believe it’s still common today among our wild bretheren; and, hidden somewhere, deep in the recesses of modern humans, it’s still alive. All we need to do is learn how to be still, listen, and put it into practice. This, in my mind, brings up the possibility of a parrallel universe, or Spirit World.

There you have it; the concepts behind my wildlife imagery.

Although they’re somewhat extensive, I feel that I must live with them. They’re as much a part of me, if not more so, than my work. In spite of a profession consisting of writing and photography (and I love those things very much), my real passion is for my wild brothers and sisters.

Now we come to visualization. As it turns out, this is often the most difficult step for me to complete. It’s not easy to transform my feelings for wildlife (my concept) into a tangible work of art. The answer to this delimna, for me, involves searching until I’m finally able to visualize an image that touches my spirit; one that reaches deep into my emotions.

Once that happens, the remaining items – composition, capture, processing, and presentation – fall into place, each one breathing life into my new creation.

The more I grow as an artist, the better I’m able to do that.

Over the years, I’ve always liked images depicting an animal in the light, portrayed against a darker background. I felt these gave more importance to my subjects; and in turn, captured the essence of my concept. Not only is drama generated, in many cases a three dimensional effect almost becomes reality as subjects practically jump out of the image.

Unfortunately, dark backgrounds don’t happen very often. This inspired  me to eventually come up with a Photoshop technique that allows me to darken backgrounds when none exsist.

My Spirit World series was inspired by the work of artist, Bev Doolittle. Her “Ghost of the Grizzly Tree” really caught my attention. It depicts a small Native American boy – poised – his bow and arrow aimed at a dead and gnarled tree trunk somewhat in the shape of a bear. Appearing out of the spirit world above the entire scene is a huge grizzly bear.

Another technique that I recently started using was inspired by an autographed print by artist, Ray Harm, that I purchased years ago. It depicts a Pileated Woodpecker chipping away at an old tree trunk, bits and pieces of bark flying everywhere – the background completely white.

I always thought it would be nice if I could produce a photographic image that had a similar look and feel. Years went by, but I never really attempted to produce my own vision of what Harm had created several generations earlier. Then it happened. Earlier this year while working on a photograph, I accidentally stumbled upon a technique that captures what I had envisioned in my mind all these years. 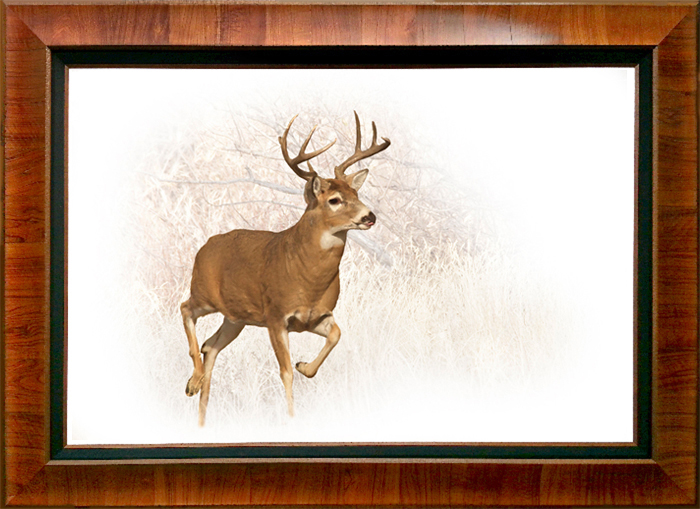 As you can see, a new series is often inspired while viewing the work of other artists. In fact, while preparing this article, an entirely new image was inspired as I viewed the work of a wildlife painter whose work I’ve admired since I first laid eyes upon it a few years ago. Not only does it cooincide with the concepts behind my work, I was able to visualize how it would appear as a finished image.

I’m confident that it will eventually become the basis of an entirely new series of photographs. Now, all I have to do is come up with a composition and figure out how I’m going to capture it with my camera. The final steps – processing and presentation – will be easy; especially since I already have an idea how I will go about processing it. As for the presentation, I have my own preferences for print medium and once I see the finished image, I’ll immediately know the type of framing that will be needed.

Regarding question number two – the issue about creative art – this is what Paul Gauguin had to say, “A bit of advice, don’t copy nature too closely. Art is an abstraction; as you dream amid nature, extrapolate art from it and concentrate on what you will create as a result.”

Tal expands the definition even further, “A creative image is not a record of a scene nor a substitute for a real experience. Rather, it is an experience in itself – an aesthetic experience – something new that the artist has given the world, rather than a contrived view of something that already existed independent of them.”

Your creation will begin in the field. However, it will be given a life of its own in your digital darkroom using the likes of Photoshop, DxO, ON1, Topaz, etc.

It’s extremely important, in my opinion, that photographic artists not only create every step of post processing in a separate layer, but save those layers when their work is complete.

That way, if you ever want to go back and make a minor change to a particular image (and there will be times when that’s the case), you won’t have to start at the very beginning; you can go directly to that specific layer and make the necessary changes.

Whatever you do, pay no heed to individuals that come saying it’s “Photoshopped,” or “manipulated.” That kind of crap removes creative photography from the realm of art.

In closing, I would like to say that Guy Tal’s book, “More Than A Rock,” has been much of my inspiration for this article. I heartly recommend it for anyone wanting to take their photography to the next level.

One last quote by Tal, “When a photographer contributes nothing of themselves to the outward appearance of found scenes other than technical skill, beautiful images may ensue, but meaningful work will not. And when images are made that are not founded in personal conviction, original concept, subjective significance, and ulterior purpose, beautiful they may be, but creative art they are not.”

It’s time to think out of the box and proceed to the next level.

Thanks to Mercedes Murray, permission has been granted by
Rocky Nook, Inc. to include quotes by Guy Tal in this article and my upcoming Nature Photographer article.