You are here: Home / Uncategorized / Global Climate Change & Its Ramifications 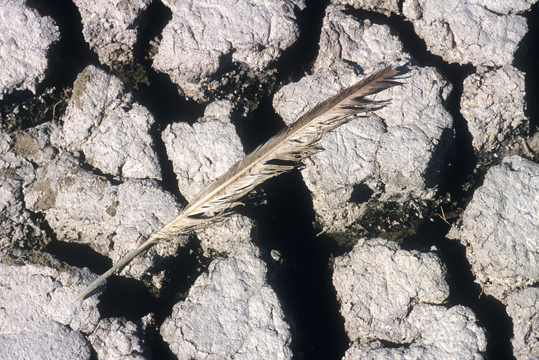 On February 21, 2019, the Intergovernmental Panel on Climate Change (IPCC) stated that Planet Earth was 11 years away from a global temperature increase above 1.5-degrees Celsius (C) – the year, 2030.  Once this happens, carbon emissions would set off an irreversible chain reaction beyond human control.

It does, however, include negative emission techniques on a huge planetary scale that has yet to be invented and that many scientists fear will never be ready in time and will anyway be impossible to deliver at the scale assumed.

According to the SR1.5 IPCC report, if Planet Earth is to have a sixty-seven percent chance of limiting global temperature rise to some point less than 1.5 degrees C, it is necessary to stay within our carbon budget. On January 1, 2018, 420 gigatons remained in that budget.

Since the world omits about 42 gigatons of CO2 every year, including land use, our budget would theoretically be depleted by the end of 2027. If, however, we take into account today’s emissions levels, our best scenario says that our remaining budget will be gone by 2025 – far short of IPCC’s timeline of creating an irreversible chain reaction.

These are not anyone’s opinions, nor my figures. This is the current best available science speaking.

What are the consequences if we fail?

Once that irreversible chain reaction begins, temperatures will continue to increase.

In Death Valley, the temperature hit 130 degrees at 3:41 p.m. Pacific time on Sunday, August 16, 2020, quite possibly setting a record for the highest temperature ever recorded on Planet Earth. This is only the beginning. It will get hotter. People will die.

Wildfires, already occurring in every country worldwide, will increase in number and size, becoming more intense because of drier conditions.

Lakes and soils will dry up. Since warmer air holds more moisture than cool air, a warmer world, will suck up more water from lakes and soil.

Thunderstorms and tornadoes in the mid-west and eastern United States will  become more intense and occur more frequently.

The American West, Southwest and Southeast, because of changing climate patterns will become drier, while northern and Midwestern sections of the United States are forecast to become wetter.

Droughts will increase in intensity and become more prolonged in the Southwest, Southeast, and southern sections of the Great Plains.

Heavy precipitation will lead to more flooding, threatening life to humans and livestock. Homes and crops will be destroyed.

Increased flooding will dump more sediments and contaminants – including fertilizer, into lakes and rivers. Algae blooms will proliferate, causing fish and other aquatic life to suffocate and die.

Many areas, because of increased warming, are receiving more rain than snowfall. Less water will be stored as snowpack for later use as crop irrigation and drinking water. Declines in snowpack will lead to drought and water shortages.

Changes in snowpack will kill large numbers of salmon as they attempt to return to their spawning grounds fighting lethally high temperatures and low water levels.

Since rain makes its presence known much faster than slowly melting snow, flooding becomes a problem.

Research has discovered in California, for example, ever increasing summer temperatures are driving away morning clouds, allowing more sunlight to strike the ground. This is increasing temperatures and exacerbating (iɡˈzasərˌbāt ing) drying to the point of risking wildfires.

Temperatures, given the right conditions, will alter ocean currents. Since ocean temperatures drive atmospheric circulation patterns, this has the potential of changing weather patterns and causing unforeseen changes worldwide.

Political and social unrest will cause martial law to be implemented throughout most countries around the world, including the United States.

And worst of all, the availability of drinking water will become critical. Future wars will be fought over water, not oil.