You are here: Home / Older Posts / Life of a wildlife photographer . . . 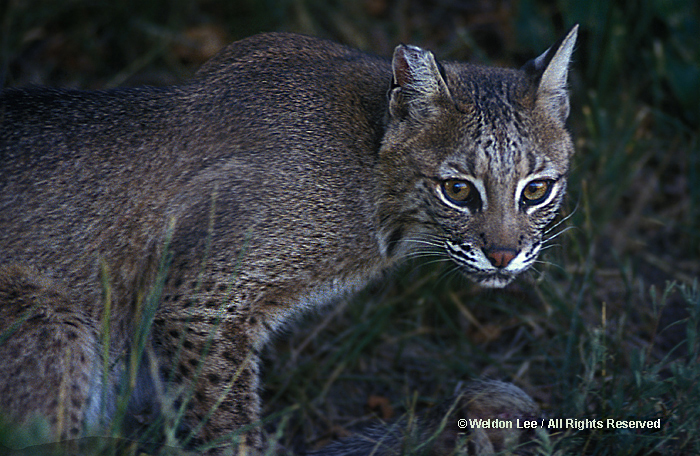 We are just over a month into winter and the days are already becoming noticeably longer. Although more snow and cold weather are certain to find their way into the Colorado mountains where I reside, the past couple of days have been much warmer. Lately, temperatures have been in the mid-40s (Fahrenheit), with a couple of days touching the low 50s. Today, it may even reach 60. As I sit here writing, the thermometer is reading 59.9-degrees. One thing is certain, if it doesn’t reach 60 today, it’s certainly missing a good chance.

As it turned out, it did not miss a chance to reach the 60 degree mark.  After finishing this article, I went back to check the temperature.  It read 72.3-degrees. Wow! It was actually 3-degrees warmer in Allenspark than the reported high in Denver.

Forty degree temperatures may be cold where you live, but at 8,500-feet above sea level – as long as there’s no breeze – it’s nice and comfortable. Just two days ago I was outside traipsing around in the snow, wearing a T-shirt searching for a bird feeder that had blown down. It was 33-degrees and I was comfortable.

Notice, I did say ‘no breeze,’ which is not always the case. Up here in the mountains during winter, anything under 20 miles per hour isn’t considered windy – it’s just a slight breeze. Winds in excess of 30 m.p.h. are common. In fact, it is not at all uncommon for wind speeds to exceed 60 m.p.h. during the winter.

We have a little community newspaper. It’s name – The Wind. That should give new comers an idea of what to expect should the elect to pack up and leave their homes down on the plains.

Shortly after I moved to Allenspark some 25 years ago, I was talking with a long-time resident, John Tweet. He remarked, “If it were not for the wind, this little valley would be full of people.”

I thought – Lord, let it blow! 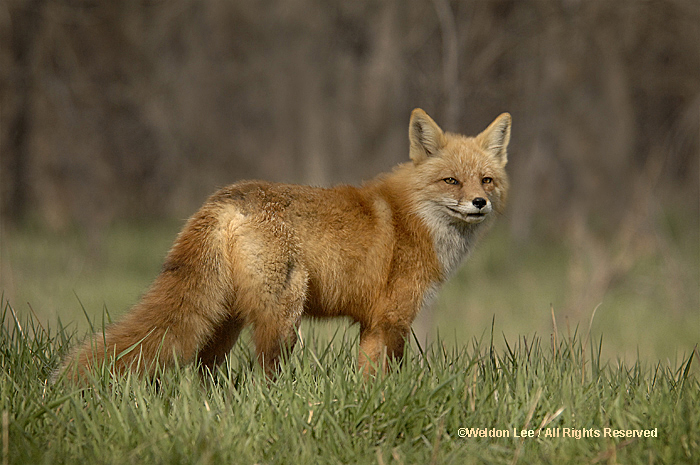 Speaking of moving up here 25 years ago, I’ll be celebrating my 25th anniversary in Allenspark next month – the end of February. February was also the month I moved to Colorado from Texas. The day . . . February 29, 1988. It was a Leap Year Day, which occurs once, every four years.

Could it be that I’m only six years older since moving to Colorado?

Come to think of it, perhaps I still haven’t grown up. Like I often tell young people . . . ‘never grow up.’ It’s a lot more fun to remain a kid.

One last thing to share before closing. We had a couple of new visitors where I live since my last post . . . a couple of weeks ago a red fox dropped by for a visit. They’re pretty rare around Allenspark, which is probably due to the high coyote population. In fact, if memory serves me correctly (unfortunately, that doesn’t always happen), this is only the second one I’ve seen since moving up here.

Our other visitor dropped just a couple of days ago to say “Hi.”. It was a young bobcat – quite small. I would “guesstimate” its age to be about four months old. Although they are seldom seen in the area, bobcats are fairly common. There was one that became a frequent visitor to my cabin when I lived in Wild Basin.

For those individuals who are unfamiliar with Wild Basin, it’s located two miles north of Allenspark on the road to Estes Park. It just happens to be the southeast entrance into Rocky Mountain National Park.

I’ll be sharing more about my life and the events that took place during the years I spent in Wild Basin, in future posts.

Unfortunately, I was unable to make any photographs of our recent visitors. In spite of the fact that I always have my camera out and ready, they simply did not stay around long enough for that to happen. Just so you wouldn’t feel left out, I did post a fox and bobcat image that I made a few years ago.

The following quote from “Walden,” by Henry David Thoreau, pretty much explains why I ramble on in my writings. He writes, “I should not talk so much about myself if there were anybody else whom I knew as well.”