You are here: Home / Older Posts / “For Every Fallen Wolf” 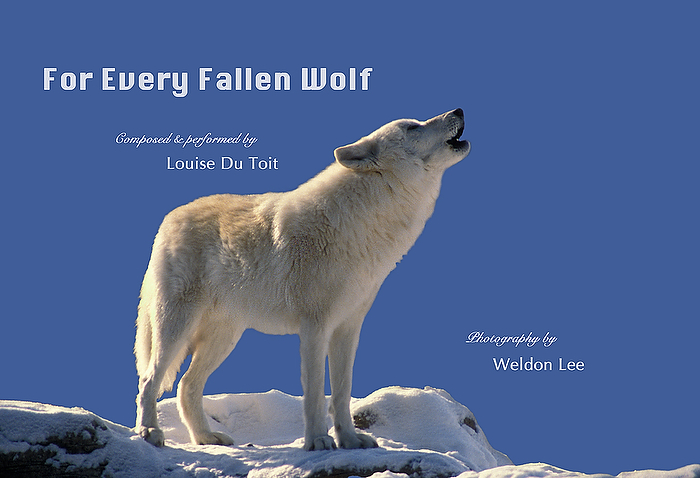 “For Every Fallen Wolf” – DVD.

Prejudice is not limited to religion and racial ethnicity. It also finds targets among our wild brothers and sisters, not the least being the gray wolf. Wolf eradication can be traced back to the Middle Ages in Europe. It’s not surprising that it would once again lift its ugly head as Europeans began arriving in the New World.

According to PBS, “By the middle of the 20th Century, government-sponsored extermination had wiped out nearly all gray wolves in the Lower 48 states. Only a small population remained in northeastern Minnesota and Michigan.” This came about as a result of wealthy livestock owners wielding their influence over policymakers in Washington, D.C. and demanding wider grazing range.

In spite of Congress providing protection for wolves under the Endangered Species Act in 1973, wolves are still being killed.

In six states where this protection has been repealed, over 2,600 wolves have been killed in the last two years. Now the government wants to delist gray wolves in practically the entire Lower 48.

That’s why I decided it’s time to get involved.

One not-so-recent morning, I received an email from Louis du Toit asking if I would be interested in collaborating on a project to save the wolves using her music and my photographs. She was born in South Africa and currently lives on Corfu, a Greek isle in the Ionian Sea. She wrote, “I have written a new song, in the light of our continuous fight for the survival of one of the most beautiful presences on earth, the wolf.”

According to Louise, “I write my songs to raise awareness about the plights of animals, and then I create a simple video with appropriate images, fitting the song to each image in the best way.”

I fell in love with Louise’s music the moment I heard her sing. So, when she asked if I wanted to collaborate with her, it was a “no-brainer.”

We put our heads together and decided to produce a DVD featuring For Every Fallen Wolf, the new song she had written, along with a selection of my images as a back-drop.

That was March, 2011. After many delays, the DVD is finally a reality. As it stands now, 100-percent of the proceeds will go directly towards protecting wolves. We would also like to bring Louise to America for a series of concerts to raise additional money and bring public awareness to the plight of wolves around the world.

Our goal is to join forces with an environmental organization already working to protect wolves and funnel money directly to it. Interested nonprofits should contact me at weldon@weldonlee.com.

You can also contact me if you would like to help the wolves and receive your own DVD, For Every Fallen Wolf. Rather than offer it for a specific price, we are asking individuals to make a donation and give as much as they can.

Click HERE and listen to For Every Fallen Wolf.