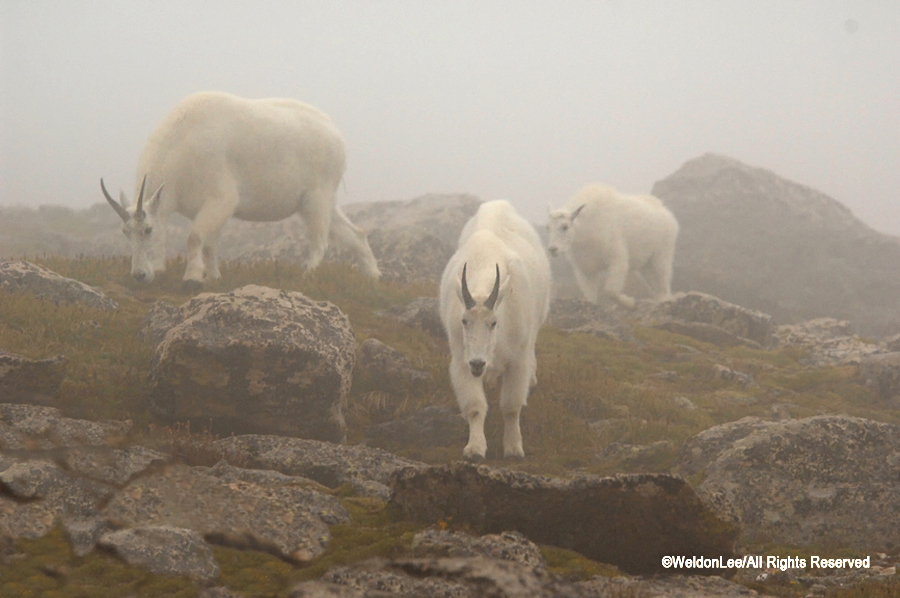 “Out of the Clouds”

Just over a week ago, Lori and I once again experienced our viewfinders filled with the likenesses of moose and mountain goats.

Unlike two weeks earlier, we had only five bull moose this time. Such is life. The rack on one of the bulls tended to look more elk-like, than that of a moose. As a result, I jokingly referred to him as a “melk” (cross between an elk and a moose).

This time, instead of being near lake, the moose were browsing the willows behind the trees just before you get to the lake. This was cause for good moments . . . and, for bad moments. The good moments occurred a couple of times when I was able to photograph one of the moose with mountains in the background. The bad moments took place most of the time I was in the meadow. What was so bad, you ask? My feet and trousers got soaking wet as I waded through ankle-deep water in the bottomlands. I might add, not only were my feet wet, they were cold, too.

That’s not all that happened that morning. As we worked the moose, we also kept our eyes on a storm cloud as it made its way across Paiute Peak, Mount Audubon, and down into the valley where we were working. As it turned out, it was moving somewhat faster than I had calculated. Rain mixed with snow started coming down only moments after we decided it was time to vacate the meadow. Like I always say, being a wildlife photographer isn’t necessarily the easiest job in town, but somebody’s has to do it.

Next stop, Mount Evans and all it has to offer. Upon arriving, I noticed a few scattered clouds hanging below the top of the mountain and down into a couple of valleys. As the day grew longer, their numbers would increase.

We came upon a small band of mountain goats – 32 to be exact – just a couple of switch-backs before reaching the summit. There’s not much to write about, except to say that we were able to work them throughout most of the day. We quit a couple of times, once for lunch, and later when we decided to search for pika and marmots. However, every time we returned, the goats had moved only a short distance down the mountain side and we were able to resume where we had left off earlier. As for other wildlife species that day, it was pretty quiet.

One of the things that stood out was the fact that most of the goats were shaggy, having not yet shed all of last winter’s coat. In fact, only two nannies in the entire group were what I consider photogenic. Fortunately, one of them had a young kid. Although it’s not unusual for a few goats to still look shaggy in late September, I typically see more that have shed out than were present on this trip.

It was around three o’clock when the low-hanging clouds had engulfed, not only the upper reaches of the mountain, but the entire band of goats. As you might expect, the photo opportunities were really nice . . . and “shoot” we did. As time passed, the clouds grew thicker until it was no longer possible to see the goats, let alone 20-feet in front of you. It was time to make the two-hour drive back home.

That’s life, living as we do, in the midst of some of the greatest wildlife country the U.S. has to offer, where the bears are friendly and the skies are always blue. 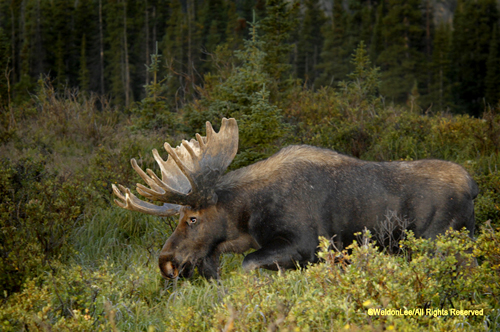 “Change is in the Air”