You are here: Home / Older Posts / A Holiday Visit to Bosque 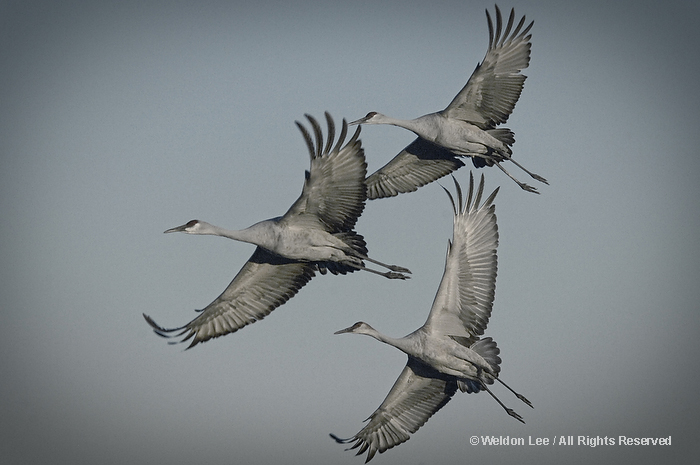 “In Search of the North Wind”

It was awesome to once again be able to visit Bosque del Apache National Wildlife Refuge during the holiday season. Although Lori and I, have been photographing birds in the Refuges since the mid-90s, it’s alway a treat to go back.

This time we were able to spend several days at the Refuge immediately following Thanksgiving. When I say immediately, I do mean immediately. The minute our Thanksgiving dinner was over – somewhere around 4 p.m. – we were on the road and headed for New Mexico. Around 1 a.m. the following morning, the three of us were in Socorro, pulling into the local Super 8. Yes, I did say the three of us. Lori and I joined our good friend, Kurt Bowman, in his new Mazda. It was a no brainer when he offered to take his car. After all, it gets much better mileage than our Ford F250 (30 mpg vs 17 mpg); and, gas for his vehicle is roughly a dollar-a-gallon cheaper than the diesel fuel we burn in our truck.

Sunrise, a couple of hours later, found the three of us in the Refuge, photographing the Snow Geese and Sandhill Cranes that are always present in large numbers this time of year. Such are the sacrifices we wildlife photographers make in order to pursue our chosen career. Then again, someone has to do it

The geese and cranes begin dribbling into the Refuge in early November. By the time we arrived, Snows were numbering around 40,000 birds, while Sandhill Crane numbered in the 15,00o range.

Cranes are usually the first ones to depart – typically around the end of January. Unlike the Snows which depart over a period of a week or two, the Cranes – once they begin – are gone within a couple of days. The Snow Geese hang around until mid- to late-February before they finally leave. 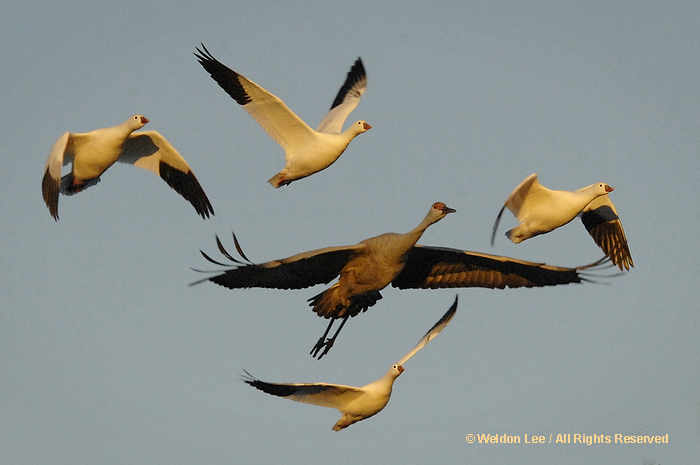 When I first started going to the Bosque, Northern Shovelers were the most numerous of all the ducks at the Refuge. This year it was interesting to note that the position was now held by Northern Pintails, which is fine with me, since they are the most elegant, in my opinion, of all the ducks and one of my favorites.

One of my favorite mid-day locations in the refuge for photography is near the Farm Deck. Here, large numbers of Snow Geese typically hang out. What I like is photographing them just before touchdown with their wings spread out.  For this to work, it’s important to have the wind out of the south. That way when they land, they are flying directly towards my camera providing a frontal view of the action. It’s also important that the corn field not be cut too far back from the road. This forces them closer to the road and provides the opportunity for close-up images. Unfortunately, this was not to happen. Some sort of fungus caused the corn crop to fail. As a result, the corn fields were bare. Although, there were a few Snows in the field and near the road, the wind was out of the east. While we did spend a little time photographing them from this position, the results left a lot to be desired. 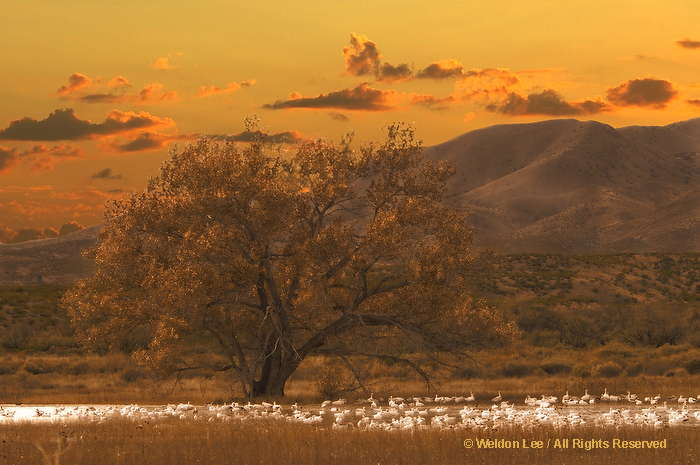 One of the delicacies I always look forward too when visiting the Bosque are the green chili cheeseburgers at the Owl Bar & Cafe in nearby San Antonio.  They are a true gastronomical delight. I would still make the drive from Colorado just for these burgers even if Bosque was non-existant. Heck, I’m already drooling just thinking about them.  That’s not all. I always enjoy a real Mexican breakfast prepared by the wonderful ladies at the nearby San Antonio Crane cafe. In case your wondering, the San Antonio to which I refer, is in New Mexico – not the one in Texas. In 2010, the small unincorporated New Mexico community of San Antonio consisted of 165 people. Just a bit smaller than the one that’s home to the Alamo.  Another thing I also enjoyed about this trip was having the opportunity of introducing Kurt to both of these eating establishments.

The photographs accompanying this post are the result of my Holiday Visit to Bosque.
They are available for purchase.
Since they are not posted on my website,
send me an email and let me know know
what size and presentation you would like to purchase.
Email: weldon@weldonlee.com
Pricing & Presentations: http://www.weldonlee.com/#!/p/presentations-price
You cal also contact me by phone.
303-747-2074